I’m not exactly sure what has come over me (though I have a list of ideas, which I won’t share so that you don’t get acquainted with me TOO quickly ;)), but I’ve gotten into the Christmas spirit. And it’s only May.

I felt the urge to look up crochet patterns for Christmas throws a couple of weeks ago, one for my sister and her husband, and one for my parents. I’ve gotten into the habit of giving them gift cards over the last several years, and that’s been especially convenient now that I no longer live in Toronto. But gift cards are not really as meaningful as something handmade (especially when they can afford all the things they want anyway), so I thought I’d take advantage of my motivation and attempt to make them Christmas throws this year.

The pattern for the Christmas Lights Blanket by Repeat Crafter Me, which I chose for my sister, is fairly simple, but really colourful and festive. I loved it as soon as I saw it, and was really excited to pick up the yarn I needed (I chose to work with Bernat Premium yarn, which I had been squishing in Walmart every so often over the last while, instead of Bernat Super Value). As you can see from the picture, I have already made several squares, and plan to make a six-by-seven-square blanket (42 squares total) with a wide border (maybe in moss stitch) to increase its size, and definitely the candy cane edging from the pattern. 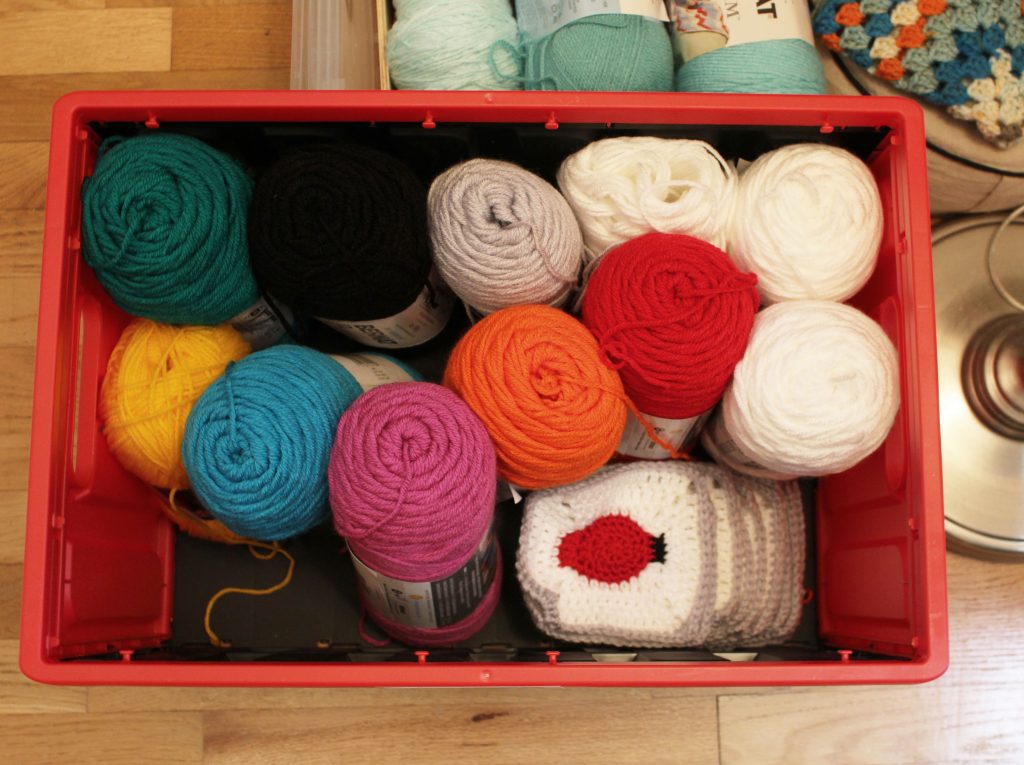 For my parents I chose the Retro Ornament Throw from Red Heart, the pattern for which is a little more complex than the Christmas Lights Blanket, but is so beautiful and I think will be to my parents’ tastes. I was only able to buy a couple of the colours for this throw at Michaels, and ended up ordering the rest of the required yarn from yarncanada.ca, which happens to ship from New Westminster, BC, just a little sail to where I live on Vancouver Island. I received my shipment quickly and, after watching the very helpful YouTube videos, I got started right away. It’s been almost a week and I have finished almost a quarter of the throw (the third “strip” of ornaments hasn’t been joined yet). 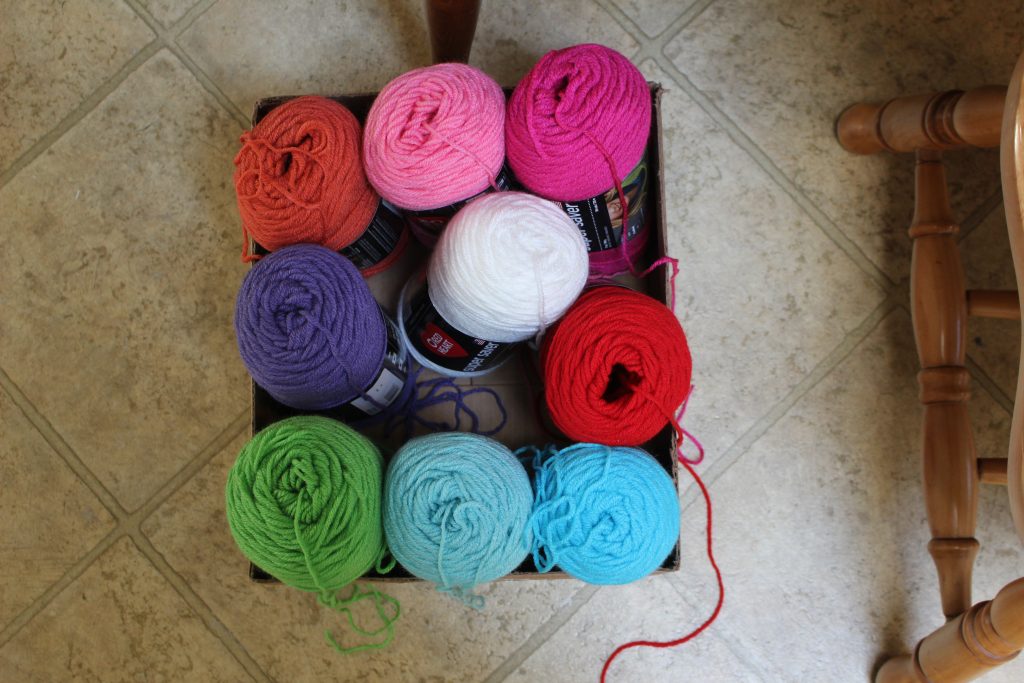 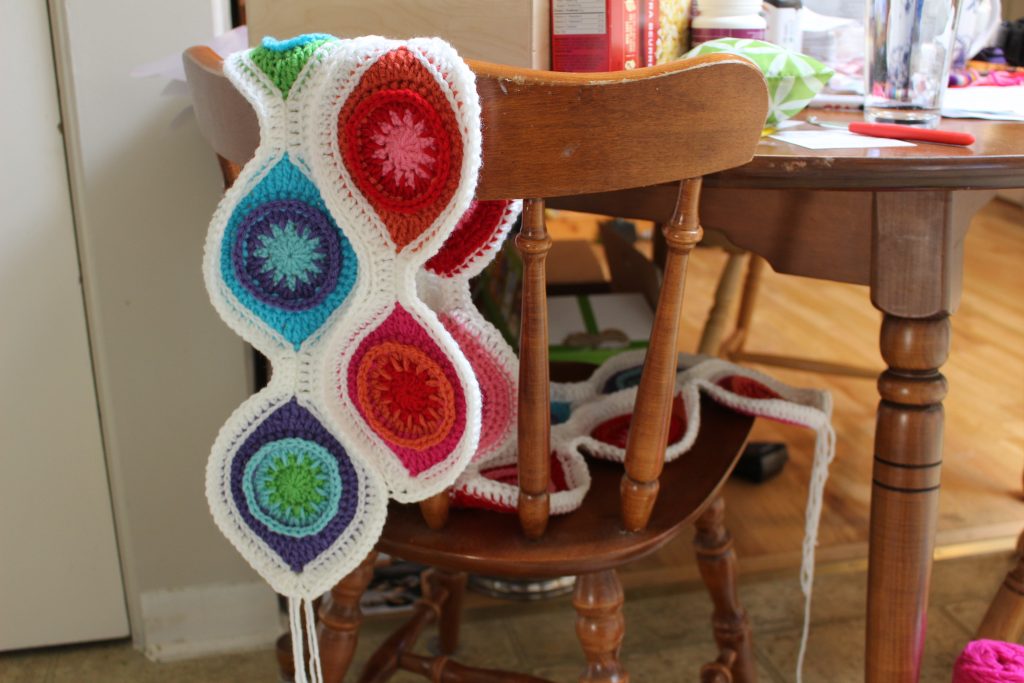 I have to admit I’m a little amazed that I’m so eagerly tackling not just one but two larger projects. I tend to lose interest pretty quickly, and usually stick to smaller projects (I’ve been enjoying making amigurumi plushies for my kids lately), but I won’t be talking myself out of it! I sincerely hope that my motivation continues so that the work doesn’t become too much of a chore.

Also coincidentally, my Christmas cactus bloomed a few days ago! I don’t know WHAT’S going on, but it seems the spirit of creating is going strong at my house! 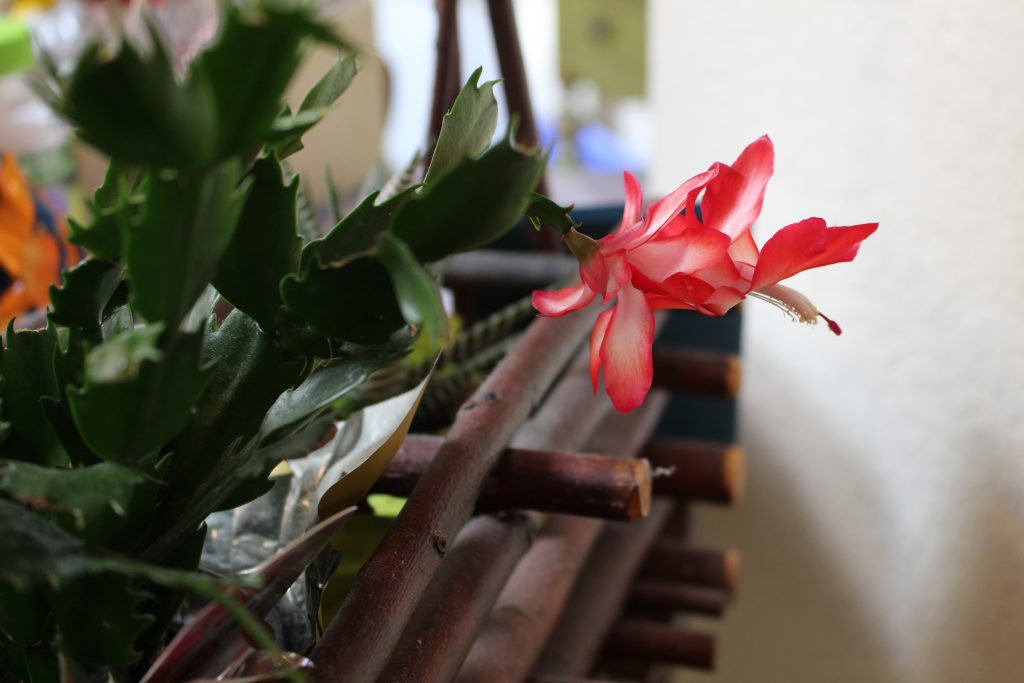 Looking forward to posting photos of the finished pieces…

View all posts by Nicole

This site uses Akismet to reduce spam. Learn how your comment data is processed.

On this blog I share my experiences with crochet.